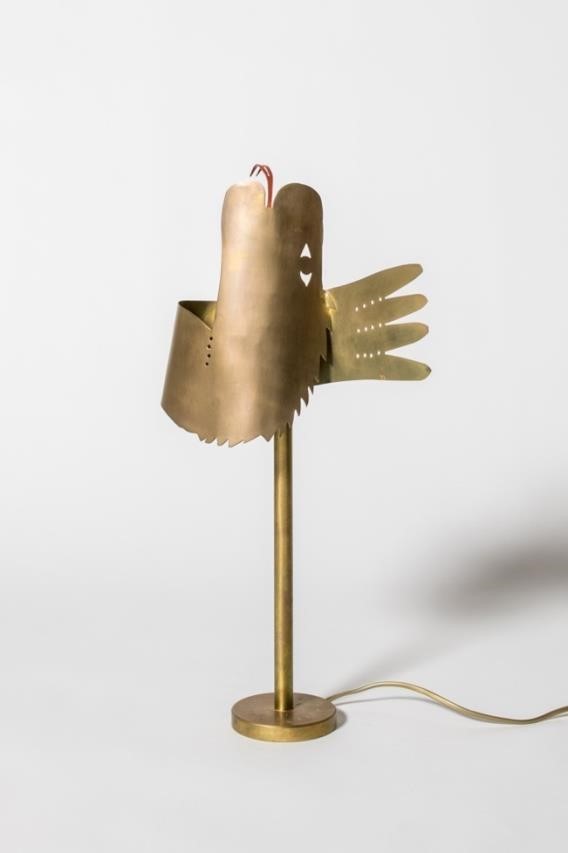 Opening on 24 November in collaboration with the Alekos Fassianos Estate, the first ever exhibition of the late artist’s design works will feature a selection of functional objects created throughout his life, which will then be reproduced in small, certified editions. 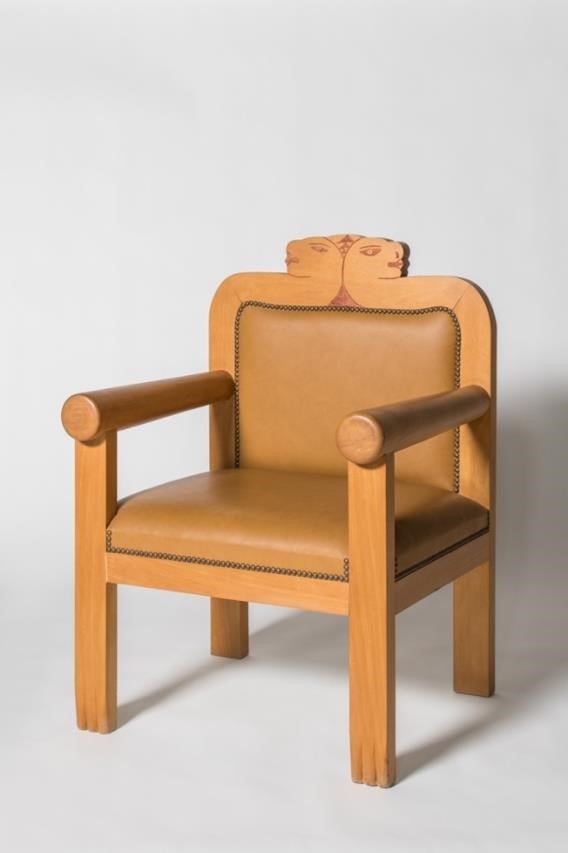 Carwan Gallery, the first global collectible design gallery from the Near East, is pleased to announce the representation of a selection from the design works of celebrated Greek painter Alekos Fassianos (1935-2022). This novel cultural venture in collaboration with the Alekos Fassianos Estate, will be inaugurated with the first ever retrospective dedicated to a lesser known aspect of the artist’s legacy, namely his functional design objects.

Born in Athens during the interwar period, Fassianos studied painting at the Athens School of Fine Arts, before moving to Paris in 1960 with a scholarship by the French Government, to study lithography at the École des Beaux-Arts. During his Paris years he met and became friends with eminent personalities of the French avant-grade, such as Louis Aragon and Jean-Marie Drot. In the following decades, he remained based between Paris and Athens, continuously expanding his artistic practice in a tireless exploration of materials, media, and techniques. Fassianos’s spectacularly diverse oeuvre includes painting in every scale, sculpture for private and public spaces, illustration, scenography, the applied arts, and writing.

While he befriended the Surrealists in Paris, Fassianos did not follow the European avant-garde of the 1960s, focusing instead on developing his own creative vocabulary — one imbued with Mediterranean light and the simplicity of Greek classical and folk art. Over the years, he created a beguiling vocabulary of humane, uplifting iconography that is unmistakably his own and quintessentially Hellenic. He even designed the spaces he lived in following a salon approach, where every detail serves to create a harmonious whole. The artist’s passion for furniture-making — originating in his childhood, when he used to make his own toys — became part of this life-long practice. In the spaces he created, everything from the pigment in the wall plaster to the curtain rods was meticulously thought out and often made by the artist himself, who loved working in brass, marble, and wood as much as with brushes and engraving. Thus, a whole Fassianesque universe was born, where the artist’s signature bicycle riders, lovers, smokers, and cupids live amongst fluttering birds, bees, flowers, and plants.

The design language of Alekos Fassianos is characterised by simplicity and an imaginative, elevating mood, with his furniture reflecting his wider philosophy about human life: the artist believed that we should never rest on our laurels, and always seize the day to make the most of the life ahead of us. All his furniture is therefore designed for practicality rather than comfort and with the idea to keep its users actively engaged in body and spirit. At the same time, they are designed with a deep love for the human body, with smooth, rounded edges and using natural leather and materials that are friendly to the skin. Each object was designed by hand to be unique, reflecting Fassianos’s resentment for all mass-produced things.

Made by the artist himself in collaboration with master artisans, the more than 100 incredible objects that he created for his family reflect the artist’s passion for beauty and detail. The exhibition presents a selection of seating, tables, lighting, painted ceramics, and other functional objects as museum artefacts, which will be reproduced for the first time in 2023. Carwan Gallery will replicate new, small editions of most of Fassianos’s design works, with the certification and collaboration of the Alekos Fassianos Estate — following the drawings and prototypes from the artist’s archive.

About Carwan Gallery
Carwan Gallery is a leading international contemporary design gallery with a focus on promoting and producing cuttingedge collectible design from the Eastern Mediterranean and beyond. Under the direction of architects Nicolas BellavanceLecompte and Quentin Moyse, the gallery develops exceptional cross-cultural collaborations that call to attention the region’s most compelling contemporary material culture. Carwan employs a comprehensive design approach via the plurality of its collaborations between architects, artists and designers, prompting a vital and rich exchange of ideas, influences, concepts and know-how. Founded in Beirut, Lebanon, in 2011, Carwan also places an emphasis on developing active synergies with cultural organisations, institutions, specialised press, collectors and patrons. After nearly a decade of activities in Lebanon and its participation in more than 70 international exhibitions, the gallery has opened new space in Athens, Greece, in September 2020.
http://carwangallery.com/

Wallpaper: Alekos Fassianos retrospective in Athens is first showcase of the painter’s design