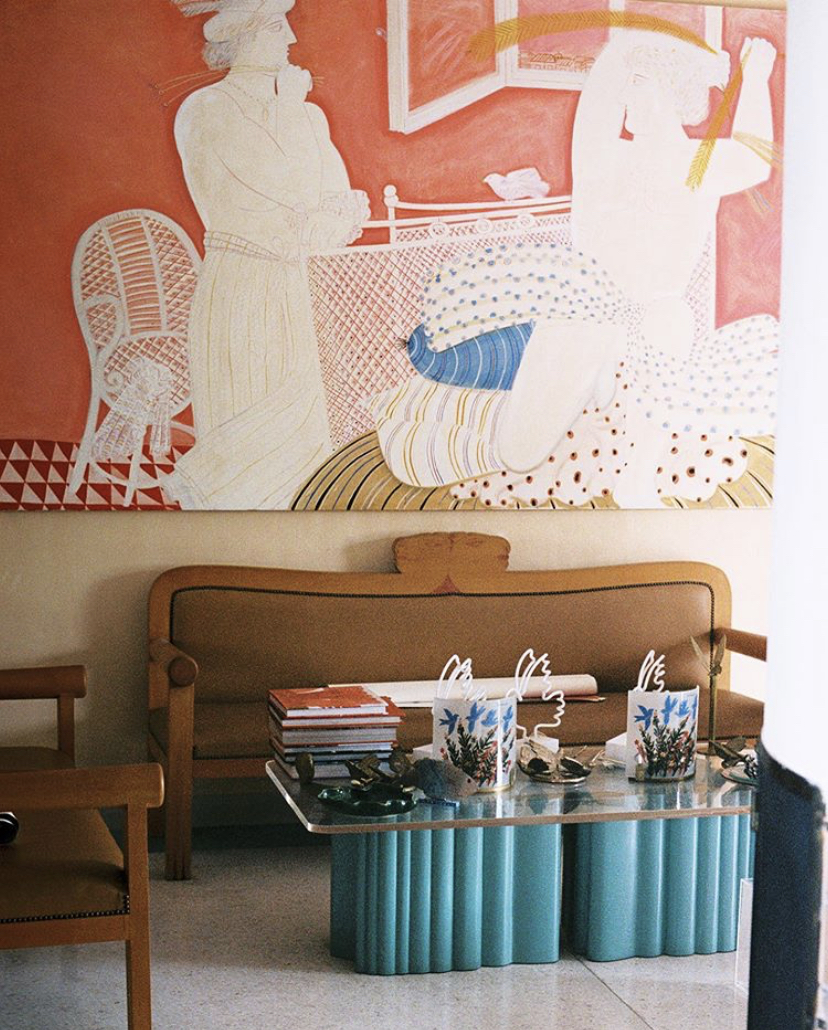 There is no end to the accolades for ancient Greece’s designs (Columns! Pottery! Frescos!), but today’s Greek creatives live beyond their ancestors’ long shadows. For several years, designers and artists have been gaining momentum in Athens, and this fall, they celebrated the first Athens Design Forum, a showcase of the city’s contemporary designers. Among exhibitions by Carwan Gallery and presentations of emerging designers’ like Kostas Lambridis, a tour of the home and art studio of iconic Greek painter Alekos Fassianos was a favorite for Athenian locals and visitors alike.

Alekos Fassianos’s Athens home is filled with this artwork, created in alignment with Grecian and modernist principles.
PARIS TAVITIAN

This is the first time Fassianos has opened his home to the public, an initiative spearheaded by the Athens Design Forum and led by his daughter, Viktoria Fassianou, who is in charge of his estate. Fassianos established himself in the Parisian art scene in the 1960s as a modern painter with bright, bold canvases, before returning to Athens for the rest of his career—much to the surprise of the industry, who thought he should remain in the international art hub.

“The concept of Greekness is central to my father’s work,” says Fassianou. “Even living in these faraway cities, he focused on his core identity as an Athenian. In fact, he is one of the few people left who can speak and read ancient Greek, and the ancient texts inspire his art. He likes to say, ‘Be like a bee and get your pollen from everywhere, but make your own honey.” Fassianos applied the same philosophy to his home and art studio, which he built with the late Athenian architect Kyriakos Krokos. The building was crafted using modernist materials like concrete and steel, but in accordance with Cycladic architecture principles, which date back to 2000 BC.

Built according to Cycladic design principles, light and air are prioritized in the home.
PARIS TAVITIAN

“Growing up I never realized it was an exceptional house,” says Fassianou. “But watching people’s reactions as they visit, I realized how special it is. It is built to circulate air and maximize light and every detail is handmade either by my father or local artists.”

Alekos Fassianos has retired, but his studio is still full of his art supplies and work.
PARIS TAVITIAN

As Fassianos has stepped back in recent years, Fassianou is exploring what it means to continue her father’s artistic legacy while also supporting a new generation of artists. There is a museum in the works in addition to other future collaborations but, as Fassianou realized during the Athens Design Forum, the best way to connect with people is opening the door, and welcoming them home.